Beware the Hazards of Internet Explorer

Since Internet Explorer initially became available in 1995, it’s been one of Microsoft’s hottest products, and it also continues to be one of the most commonly used web browsers worldwide. On the other hand, internet browsers like Safari, Mozilla Firefox, Google Chrome and Opera Mini have brought substantial competition to the web browser market, and Internet Explorer continues to be exposed for some of its weaknesses. CERT UK recommends that users have multiple internet browsers available, and one reason for that is that Internet Explorer lags behind its competitors in several crucial areas.

One primary concern with Internet Explorer is its performance. Surveys have revealed that Internet Explorer runs considerably slower than Google Chrome and Mozilla Firefox in many conditions. Although in some instances the gap is somewhat small, in environments that rely on fast progression through the Web, a gap in performance can create a substantial difference.

Personalization also encounters several challenges in Internet Explorer that it doesn’t in Mozilla Firefox or Google Chrome. There are fewer extensions, add-ons and plugins offered. This means that working in some web sites isn’t achievable with Internet Explorer. For instance, anyone who does online writing and editing for clients that have interfaces up already, Internet Explorer might not be a solution for them.

People are often bored of how their on-line user interface appears, and this dullness leads these people to want to customize toolbars and change other aspects of the design. Customization is pretty minimal on Internet Explorer, and it also lacks a track filtering feature.

When looking at security, the news have a new story once a week about some kind of data breach, ultimately causing the theft of private information. The implements for work on Internet Explorer even now require upgrading and improving. Not only is it unattainable to import or keep a personalized list of blocked web sites, but Internet Explorer is additionally the most typical target in the case of phishing attacks or innovative frauds. Microsoft has a way to go with regards to increasing user information protection.

Considering these flaws, it is really worth asking why Internet Explorer remains quite popular and in such wide use. Lots of people still think that Internet Explorer is definitely the simplest internet browser to use, and its accessibility and simplicity of access make it the popular option. Also, it’s got compatibility with each and every variation of the most popular operating system (Windows), and it’s also the default web browser in Microsoft windows. Despite having these aspects in its favour though, Internet Explorer is far from being the ideal internet browser out there, and many are getting away from this once unstoppable train. For everybody who is looking at much more information relevant to seo training this particular page ipswich-seo.co.uk has a whole lot more publications with respect to online marketing help. 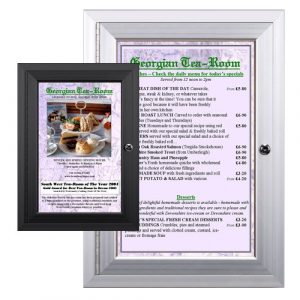 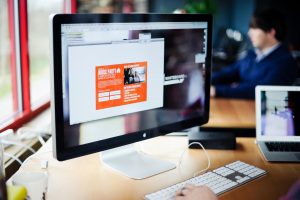 Just about every single company provides a webpage. The fact is that, few companies have got productive internet websites. If or when you are on the lookout for reputable website creation inside of Cambridge then you will quite likely be shopping around to get a web site specialist who grasps that sites must absolutely initially […]